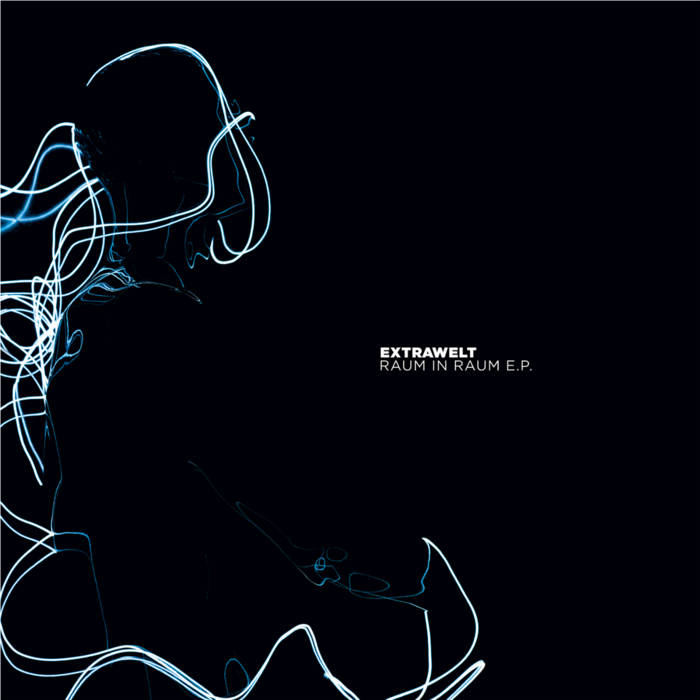 Obviously, Extrawelt are currently on the roll of their lives. With their second album "In Aufruhr" from last November and the digital bonus "In Aufruhr – Nachschlag" being still on everyone's lips, the two Hamburg residents and excessive live performers Arne Schaffhausen and Wayan Raabe deliver another encore. "I don't know about other musicians, but we have the constant urge to make music. Especially the stage when the album was almost finished was indeed highly productive, many tracks emerged that didn't make it on the album, for reasons of space alone. Here, the focus was more on the dancefloor, also style-wise. Therefore, we consider "Raum in Raum" more a sequel than a spin-off, it's the exclusive completion of the "In Aufruhr" trilogy." (Extrawelt, 2012)
However, the acoustic vision of dancefloor compatibility within the 'Extra World' follows its very own patterns. Eventually, it's not about minimal functional mathematics here. The two sound wizards understand electronic music as a picture puzzle that is in constant motion, as a biological sonic reference system of the unexpected, where one involuntarily thinks of a swarm that takes to the road for some mysterious reason, and in which nevertheless each individual element imperceptibly differs from the other. Especially the title track "Raum in Raum" vividly impresses in that sense, with its massive electrostatic dynamics which later flows into melodic gravitation and thus distils the mood of a whole club night into eight sublime minutes. The "Herz aus Blech" remix modifies the harmonic elements of the original amongst piano, musical clock and bass line to an exciting discourse between Electro beats and straight Techno, almost reminding of the narrative approach that was typical for James Holden's Border Community label in the early 2000s. The completion of the three dimensions is "Zeitfuge", a bass-driven excursion to jazzy, percussive Dub House. In the digital version, the Nano Boogie Variation of the track comes ornamented with gentle Electro elements. It's a whole sound universe that is hiding in this 'room-in-room'...