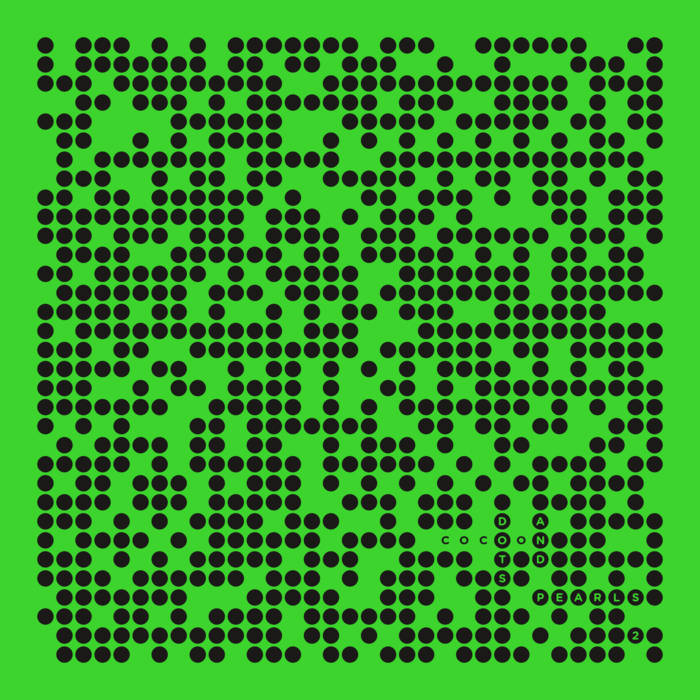 Cocoon Recordings is back in full force with the follow up to last year’s superb vinyl compilation ‘Dots & Pearls’. Providing a tracklisting that is nothing less than the modern interpretation of House, Techno and Tech-House ‘Dots & Pearls II’ eschews monotonous loops and predictable formulas and rather delivers a selection packed with energy and depth.

Ilario Alicante and Todd Bodine have the honour of opening the record and very much set the tone for the feel of the album. "Modern Apocalypse" gives the impression that the duo wanted to produce a matching track to follow up Ambivalent's "Iwato" in a DJ set. The record has a wonderfully stripped and spacious feel to it, conjuring up an early hours feel with its entrancing effect and stabs plucking at the air around you. Next up we have Subb-an feat. Jacob Phono with "In The Night" a track that explores how the sound and atmosphere of big 90s Techno acts like Underworld can be transferred into our contemporary Minimal and Deep House universe, a task in which they succeeded brilliantly. Resonant beats and percussions, some 808 claps, funky fills and filtered layers match perfectly with the hypnotic vocals and form an impressing overall result that fits into the DJ's set at any time during the night.
Mark Reeve's contribution "Carry Me" springs from typically Reeve-like UK-influenced House sounds. Softly filtered layers and cool vocal elements provide the right mood, and the long build-up with much patience and even more emotion makes "Carry Me" one of the best and deepest British Tech House tracks in recent times, a certain winner for fans of 20:20 Vision and Global Communication.
With "Jellied Eels", Marco Effe steps up to try and win the prize of 'the fattest beats on the compilation'. The E-piano chords are a sure fire hit and the warm layers in the breaks loosen the heavily muscled beats a little, but they can't hide the fact that there is an energy packed affair, which erupts in a perfect surrounding and will take any dancefloor beyond the boiling point. It’s easy to hear why this has been sitting in the sets of Sven Väth and Luciano for some time. Danito & Agent! have just recently delivered their Cocoon debut and their mix of deep House elements and big-room Techno citations has already convinced the experts. Their track "Raw Symphony" is no exception here but rather travels further into the realms of cinematic techno. Detroit sends its regards with a fat bass/strings combination and much pathos, based on an elegant House-style beat that never demands too much and leaves enough space for the above mentioned big-room sound. With "Iwato", Minus figurehead Ambivalent contributes a slightly dark but still deep and minimal Techno track that lives on a juicy Chicago bass line and pays tribute to the compilation's motto by using uncommon sounds and effects. The pearls are literally hearable in the arrangement, setting accents in order to prevent the track from sounding too rounded-off. Hypnotic and kicking, but still unpredictably different. Berlin, 07:30 h in the morning – here's the matching soundtrack for a winter sunrise!
Harvey McKay's "First Strike From Mars" sounds like its title suggests, and Captain McKay doesn't take prisoners. Demanding, massive and equipped with a mighty beat, the tune is reminiscent of recent Slam releases or some of the stronger Santos productions. A peak time production that has only one message: no escape and total madness on the dancefloor, this is a winner that has been getting plays from Sven Väth and Luciano! Sawlin's "Posay" is plumbs the depths of the Techno ocean, with plenty of echo and even more reverb, his remote metallic percussion sounds create an atmosphere that would also be perfect as the soundtrack for a big art installation. "Posay" shows that Techno in the year 2012/2013 does not only mean 'in-your-face', but rather depth and elegance.

Besides the vinyl edition, ‘Dots & Pearls II’ is also released in a digital version, which contains four extra pearls, in addition to the eight tracks of the vinyl version: With "Sequence Of Moments", Martinez sends the listener back to the high times of that DBX-influenced Detroit sound full of bleeps and blonks, like Daniel Bell or Fred Gianelli perfected at the time. However, he doesn't deliver a retro piece at all, but combines the raw and direct vibe of Bell with modern sounds, layers and pads, and thus moves himself a little towards the Reboot or Johnny D corner. With their contribution "The Gate", Patrick Kunkel & Sascha Barth follow the current sound of now: matching parts of House, Minimal and Techno, in a skilful mix that, on the one hand is reminiscent of the hypnotic-minimal DJ sets of Ricardo Villalobos and on the other hand releases energy galore, in order to make demanding ravers happy. This is definitely one for fans of Pele and Matthias Tanzmann. Next Ross Evana pays tribute to fat Chicago beats and follows Sneak & Co. with his superb production "Cheget". The kick drum pumps, the claps and hi-hats clack heavily and the thick, pitched-down organ stabs in combination with the percussive staccato vocal fragments make the whole thing even more driving. And as if this wasn't enough, Evana adds some industrial sounds and effects that would easily fit in any big Depeche Mode remix, just lacking Dave Gahan's vocals in order to make the crowd freak out. Playing, dancing, partying, you have everything in here. With their track "Still Laughing", Fumihiro Hoshi & Tadac present their unique and different sound and provide a perfect closing opus to this outstanding compilation.