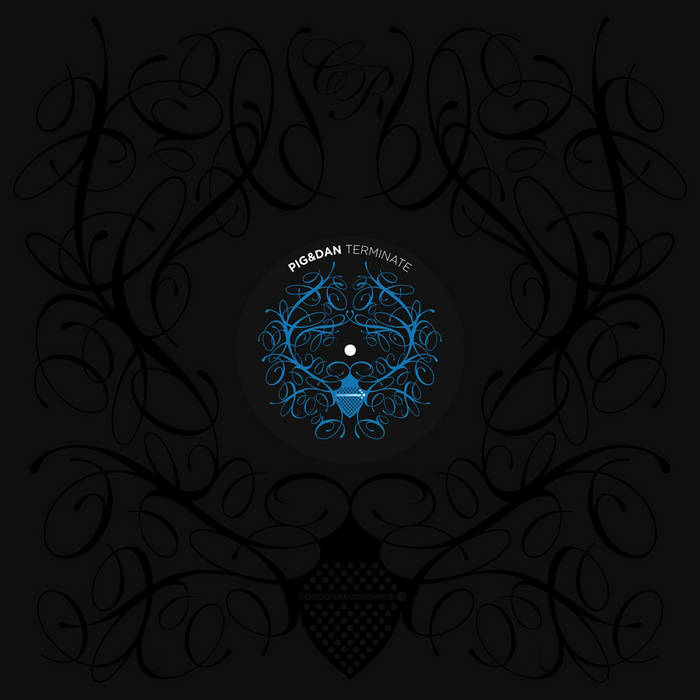 A. Terminate
B. Organix

With their "Imagine" album, Igor Tchkotoua and Dan Duncan aka Pig&Dan have ultimately climbed the Olympus of important modern Techno ambassadors, this is also proven sustainably by releases on hip labels like Datapunk, Pickadoll or with remixes for Eric Prydz and Underworld. With their sixth maxi on Cocoon, the two Spanish residents by choice are celebrating two intensive peak time hymns in between the past and future of electronic dance music, being probably the most consequent tracks from the Sonic Society studio so far. "Terminate" shows itself as a true chameleon, hypnotising with reduced bass knocks and an epically long insect noise break that may bring associations of "Mentasm" times to the one or other's mind, and succeeds in surprising with unexpected sound bits, despite its length of over ten minutes. "Organix" comes along more straight: with expectant bell effects and cutted sequencer elements, it's a 2008-compatible version of the hypno-techno that Plus8 was standing for in its early times in 1990/91. And that Pig&Dan are not sounding outmoded in the slightest goes without saying.