Sven Väth - The Sound Of The 20th Season 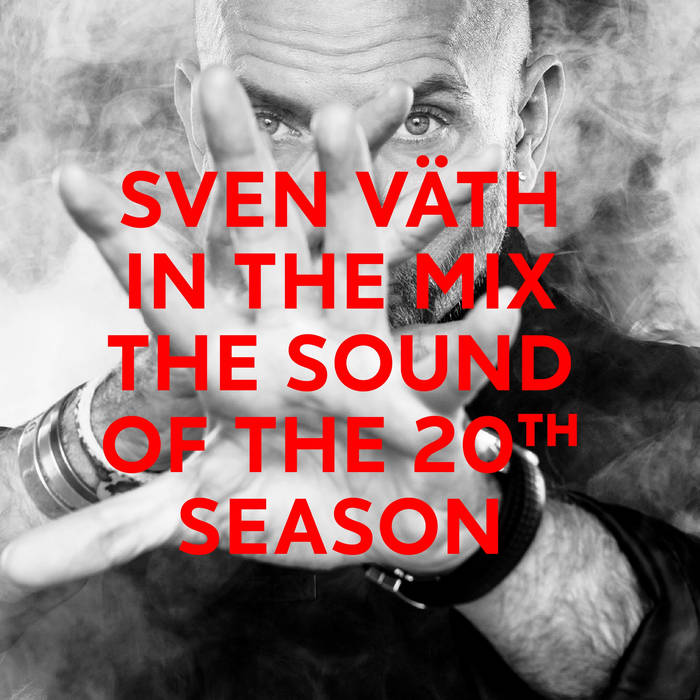 By the 70s Ibiza had already developed into an international party destination. The fact that the third largest of the Balearic Islands is what it is today - namely, the absolute benchmark for star DJs par excellence - cannot be discussed without mention of Sven Väth. Even in the early 80s, more than anyone else in Germany, he stood for the idea that being a DJ could be more than just a profession, a vocation or a purpose in life: it’s akin to a magician of the dancefloor, a shaman who conjures up the crowd. As a resident of 'Dorian Gray' - the legendary club at Frankfurt Airport that was modelled on New York‘s 'Studio 54 - he shaped the image of the DJ like no one else in Germany at the time. Even more influential were his broadcasts on hr3 Clubnight. Without the radio shows that Väth produced there between 1990 and 2004, the seed of techno in Germany would never have been sown to such an extent. With his first club "Omen", Sven wrote techno history over 10 years. Soon after, the "Babba", as Väth has been lovingly and respectfully called in the scene for a long time, set new standards in international club culture with Frankfurt‘s 'CocoonClub', inspired by his 'Cocoon Ibiza' events. Pioneer, visionary, ambassador, identification figure, DJ, label operator, club owner, impresario... over a career spanning four decades, Väth has developed many facets and yet has always remained true to himself. The fact that all over the world Berlin music temples of this kind, from 'Tresor' to 'Watergate', are celebrated as the epitome of party culture, is in no small part due to Väth's influence. Like no other, Väth has given the landscape of electronic music a face - always evolving, yet unmistakable.

With "Sound of the 20th Season" he presents the culmination of his second decade on the "White Island". New Jackson's "Night Mail" immediately sucks you into the action - resistance is useless, precisely because you can hardly understand what the distorted voice is singing about, making the title song of David Kit's debut EP the perfect opener. Although there are eight years in between, Joseph Ashworth's "Trooper", released in spring 2019, fits seamlessly into the mix as an instrumental continuation of the tense, opening atmosphere. With the grandiose Arian 911 remix of Joe Metzenmacher's "What's the secret word for tonight", Väth picks up the vocal thread again, only to dive into more minimal realms via Dorisburg's "Internet Tension". It’s impressive, how he manages to tick all the boxes - should there be a hit now? Do I still have to feature this or that? - effortlessly incorporating what‘s needed into the vibe. This time round, he drives the sinister mood deeper into the night with Isolée's remix of Amberoom's "Jazire". Then, like the gears of a mechanical clock, the percussive elements of Charlotte Bendik's "Pasco" exemplify the tremendously coherent arrangement. With Stimming’s "The gift that never stops giving" Väth reverts to a production released by Cocoon for the first time - the airy sounding, short string snippets, paired with the delicate acoustic sounds, have just appeared on the "Cocoon S" compilation and allow for a moment’s breath. Ricardo Tobar's "Nadivi" then brings back the looming tension with echoes of the Throbbing Gristle classic "Hot On The Heels Of Love". In "Glowworms" by Aleksandar Grozdanovski alias Herzel, Väth picks up on the sound aesthetics, which are marked by distorted effects and characterize the beginning of the mix. At the same time, the groove takes on an increasingly insistent attitude. With Mano Le Tough's remix of Erol Alkan's "Spectrum", a Moroder bass sequence and metallic bell tones come into play - a disco theme that Adam Port expands on in his adaptation of "Underwater" by Australian dancefloor band Rüfüs du Sol, with Port adding an electro twist to Tyrone Lindqvist's Sting-like voice. As a finale Väth drops Zoo Brazils "Maxwell", whose vocal loop he used to provide one of the lasting moments of the season in the garden of 'DC 10'.

With the oriental flair of Innellea's "Anailuj", Väth starts the second mix before the tribal drumming in Rebuke's "Jump Ship" signals cast off! The disco bassline from the Adana Twins remix of Patrice Bäumel's "Roar" provides the necessary momentum as the set continues to pick up speed. With Justin Cudmore's adaptation of Joshua James "Coarse" Väth then adds a deep, trippy twist, before he finally sets course for acid in the form of Josh Wink's "Aries in Mars". Another old hero then comes on board as Väth revives the best days of minimal techno with Robert Hood's "Reflector". Whiplashing metallic beats propel the speedy voyage onwards and the dub version of Pig & Dan's "Reset your Bassline" fills the sails. With Florian Hollerith's "KURZVOR12" the current "Cocoon S" compilation comes into its own again, while the nervous staccato sounds of ROD's "Cambodia" are very suggestive. With Psyk's "A Moment Before", Väth throws classic Tresor material into the mix and lets Luke Slater's remix of David Avery's "Diminuendo" reinforce the industrial techno atmosphere even further. With Inigo Kennedy's more restrained Detroit track "2C3D2", Väth initially lowers the core temperature a bit, but only to prepare the ground for Legowelt's "Disco Rout" - the timeless electro anthem of 2002 - in the amazing "Younger Rebinds 2" remix released on Cocoon back in spring, and another alias of Benny Rodrigues aka ROD.
Even at the beginning of the millennium it was Väth who championed this timeless tune, which not only marked the breakthrough for Danny Wolfers but was also voted track of the year 2002 by the readers of GROOVE making it a fully deserved high point and end point, to this outstanding mix.