Sven Väth in the Mix - The Sound of the 19th Season 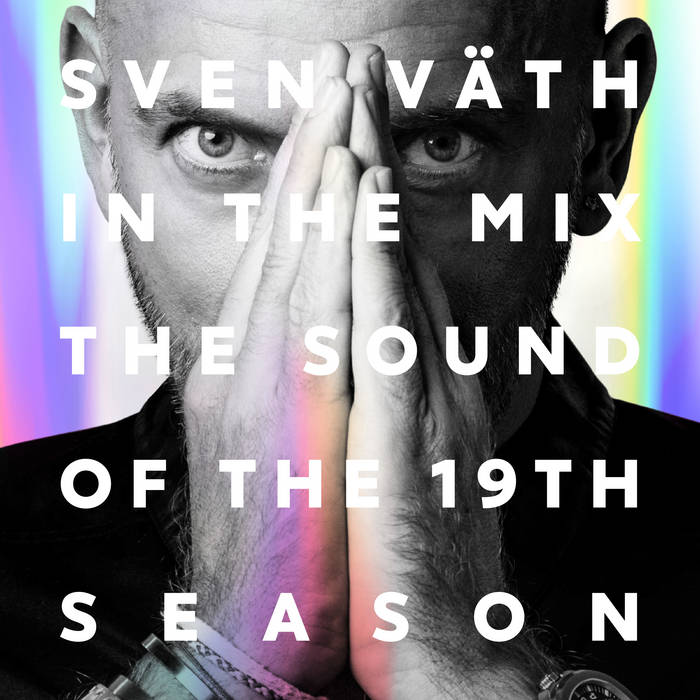 joykitikonti We are proud to be part of this project with our track Climb!
Thank You!

To this day, Sven Väth represents the electronic music scene like no other DJ. In the nineties he was mentor and shaman, operating from Frankfurt/ Germany introducing us to the world of electronic music. After this crazy, extroverted years Väth created the Cocoon family as a global platform for his and his colleagues´ activities. Väth has always been for the scene "Baba", which means dad in Hessian dialect. Today he is the “Baba” for a new generation of DJs: Music is not about strategizing your niche potential. It does not matter if a tune is approved by the opinion makers. It's about what you feel personally and what you can create with the music in your work as a DJ. To this day, Väth manages to play tracks that you wouldn’t expect and puts them in a context you would not expect either. Like no one else he succeeds in arranging the entire electronic music cosmos, from restrained deephouse to euphoric techno into one, amazing narrative.
Besides Frankfurt, Ibiza is Väth's musical home. After 18 years at Club Amnesia, he and his Cocoon crew moved to Pacha to start a new chapter on the seminal island. You don´t get a clue from "The Sound of the 19th Season" if he had some trouble finding his way in the new location. Väth takes it away with lighthearted downbeats by Nightmares On Wax, which emphasize their humorous mood with a filtered brass track and cartoon-like vocals. Subtly he blends to the sovereign, dazzling Club Soul of Love Over Entropy. With Adam Port he turns to more electronic and repetitive sounds, still coming off quite relaxed with the frugal, jazzy piano notes, an artificial gurgling and gentle strings melding the poetry of jazz and synthetic music. Emanuel Satie acts as a perfect counterpart to Adam Port's stage-rich arrangement with a punctuated, looped organ sound relentlessly digging into our synapses. Florian Hollerith breaks this minimalism with a playful, nimble, organic bass. Hollerith bursts all boundaries having trumpets and voices wander through the acoustic space. Blending in the blaring snare drum of Luke Slater´s remix of Talaboman into this spirited groove, Väth strikes a little more serious chord. Slaters subtle bassline communicates with nuanced organ tones, reminiscent of the milestones of house music introducing a modern twist with shimmering sounds. The leaping arpeggios spread no nervousness, but a deep relaxation only this summer of the century was able to deliver. This tranquility is swept away by the agile, unpredictable, three-dimensional funk of French-House-Maverick I:Clube. With a monotonous pulsating bassline from Edward, Väth soothes the crowd again, with a sensual, seductive vocal drawing us deeper into the magical sphere of electronic sounds. Putting on another track by Luke Slater, he blends the house sound with an unexpected piano improvisation. Its vivid dynamic is taken to an extreme by a timeless tune by Shufflemaster & Chester Beatty a string loop sounding like the blink of the soundtrack of an old black & white film. With the enraptured, trippy sounds of Patrice Bäumel Väth hints the mood of the second part of his mix before he finishes Part 1 with Red Axes' ravishing African-style tribal drums.
In his second set Väth starts off on a different note. With the huge, dark, demanding bass of Nicolas Masseyeff, meandering like an unpredictable lizard around the dancefloor, we are in the middle of the night, Tom Pooks & Joy Kitikonti absorb this intensity and liveliness with spacey, expansive fusion sounds. Little later, with Butch, they sound even more confident and edgy. Connecting sawing synths with majestic strings Butch creates a techno epic. Fabrice Lig counters with a tongue-in-cheek acid track bursting with a humorous laugh into this rather dramatic mood. Väth gets breathless with Robag Wruhmes's down-cooked signature groove, the humorous note continuing in Wruhme´s voice modulations. With a swinging, acoustic groove by Stimming Väth opens up the set. With Ejeca he resumes the heavy Chicago house sound of part one, shifting to a more demanding tone. Koze punctuates the groove with unexpected, surreal and funny radio moderation. Ilario Alicante takes on this ball with a series of vocal samples that spread a ghostly and eerie atmosphere. With Alicante's rumbling groove and aggressive, agile synths Väth sets the first climax. With Anna, Väth reduces the tension, with a cool, distanced voice keeping repeating the word "Time". The second highlight of this set is Michael Mayer's “Lout”. Its focused, straightforward techno groove is literally swallowed in an instant by an unlikely, swirl-like break. With Benny Rodrigues, Väth manages to even top this straightforwardness with an exuberant, thoroughly positive Italo-Disco feeling that culminates in Krystal Klear's "Neutron Dance", one of the biggest tunes of the year. Väth says goodbye with the Irishman´s charmingly naive melodies. The season of 2018 is over, but the man gives us no time for wistful feelings. After the furious closing of Ibiza in October, he retreats to his Ayurveda ritual. Then he sets off for the "Sound of the Season"-tour which will take him to South America among other destinations. After New Year's Eve, he vacations in Asia like every year taking in inspirations. He will let the season of 2018 pass in his inner mind's eye devising a plan how to celebrate the 20th anniversary of Cocoon on Ibiza. We are definitely looking forward to the crazy that Sven will cook up!