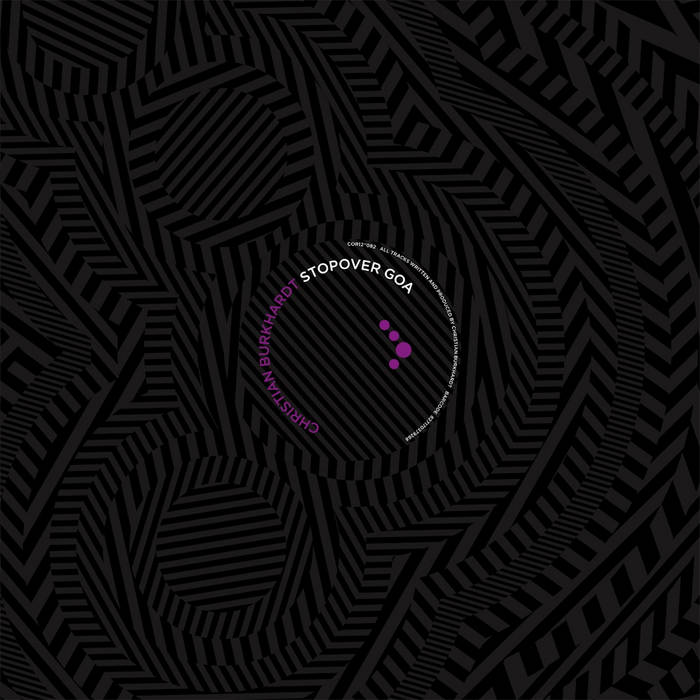 A: Stopover Goa
B: Chanel

It is obvious to attentive observers of the electronic dance music scene that, over the last few years, the Rhein Main region has developed into a true Mecca of that modern definition of House which is well able to build highly inspirational sound bridges between the abstraction of Minimal Techno and the Funk in US House music. One of the pioneers of this movement is the Heidelberg-born Christian Burkhardt, who now lives in Frankfurt. With his releases on Oslo and Raum...Musik., as a part of the La Peña Collective and with his album "Revolver", which he produced together with Einzelkind in 2010, he has created permanent musical values. Burkhardt's debut on Cocoon, "Stop Over Goa" is even better: percussive Funk, powerful hand claps, some Wild Pitch Acid and alienated Adrenaline-Diva vocals are causing a massive dancefloor mobilization which would even make Matt Edwards aka Radio Slave envious. In a less obvious way, "Chanel" is hypnotizing the listener with vibrating form of tribal House reduction that cultivates statically charged energy states over almost nine minutes. Rarely did modern House music sound equally complex and clearly structured.