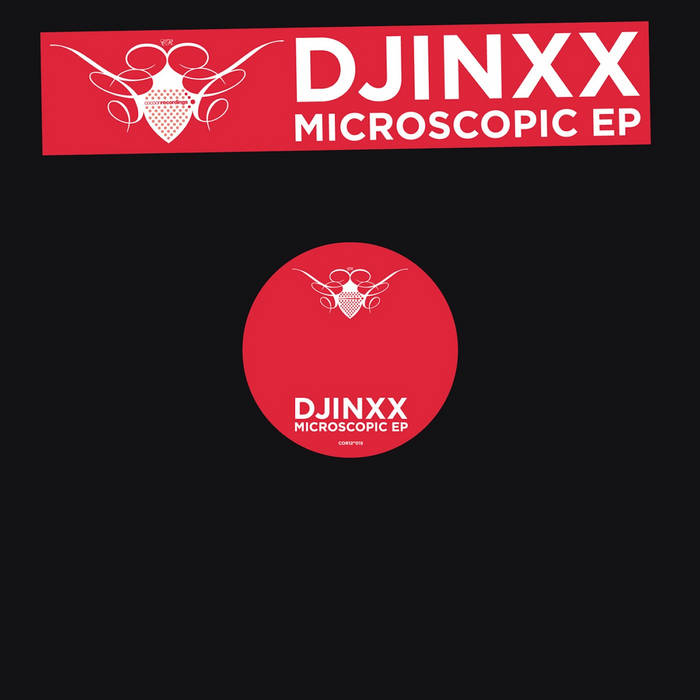 Microscopic comes along melodic, sometimes a little trancy and equipped with a more minimal / deep techno sound.
Precociously emerged on the budding electronic music scene in the south of France, House music was Djinxx’s favourite playground in his beginning even if later he settles on a techno register: today it is easier to understand the fellow’s eclecticism. He first moved to Amsterdam in 1998, then to Miami in 2000. Back in France, Djinxx starts to work as a producer releasing his debut three-track 12” on Deep Touch and a series of five EPs, The Unexpected on So True Recordings. In April 2003, Serial releases Time Out Gallery (rated record of the month by Roger Sanchez) and becomes co-founder of Mangusta, one of the labels parts of the Black Jack / Riviera universe (now Grosso Modo Production) with a few EPs heralding his debut album Travel Notes, entirely composed and arranged by Djinxx and released in June 2003. Late 2003, the engine starts to race and F… U F-Com, the impeccable electro label dancefloor-oriented subdivision releases Blue Flag in 2004. In spring 2005, he creates two labels to release his new productions: The Soul Monkey and Sahkatek! The Soul Monkey is concentrates on house music, while Sahkatek is dedicated to tech-house/techno releases as a 'collector's label'. “I still keep inside me this craving to learn. I think about each day as the beginning of my career”.