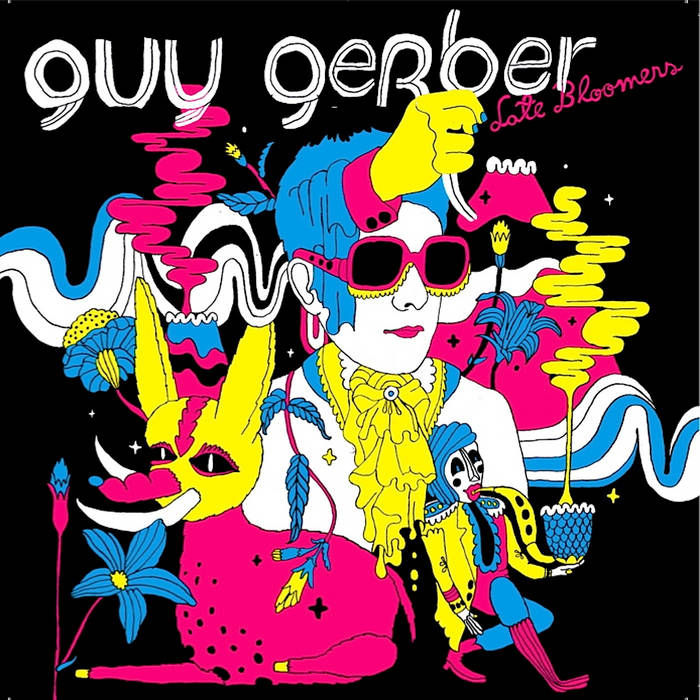 With the first tracks on "Late Bloomers", Gerber already makes clear what this is all about. Not only is he mixing House, Techno and Trance like nobody else - he is also producing with accordion sounds and basslines reminding of Queen's "Another One Bites The Dust" ("Unfulfilled") without any concern and thus showing his multiple influences from Carl Craig via Giorgio Moroder to Jean Michel Jarre. However, this all is "only" the prelude, because the first real climax of the CD is reached from track 5 on with Gerber's last 12" for Cocoon "Belly Dancing", immediately followed by last year's smash hit "Sea of Sand", a track which was not missing from the set of any Techno DJ or House DJ in 2006. With "Persona Non Grata", he proves that he keeps his nerves. For sure, Guy is not the first artist to include some calmer sounds in a Techno or House album, but "Persona Non Grata" is nevertheless surprising. Alex Patterson and The Orb salute from beyond!
"Moody Samba" offers a total contrast, and is thus the next proof for Mr Gerber's versatility, without ever appearing random-like. Here, Guy Gerber opens another draw of his musical universe and all of a sudden he sounds like a remix of Aphex Twin's "Analogue Bubblebath". "2 Birds One Stoned" definitely lives up to its name – weird and energetic, with basslines that remind of the high times of giant Open Air raves in Northern England in the beginning of the Nineties, and which send us back into the times of R&S and "Belgian Bombs". Gerber again succeeds in keeping his very own handwriting and even working it out more precisely, although rave soundtrack übervater Frank de Wulf peeks around the corner very clearly. After the first part of the CD with its well-known and expected hits, and the surprises, breathers and re-emerging Techno madness in the second part, Gerber skillfully brings the listener down again with "Planetarium" and "Last Frequency". Some kind of Panorama Bar mid day feeling with sunbeams falling through the smoky and de-partied room, with dancers dancing to all kind of music between 100 and 160 bpm and are one with themselves and the world around. "Last Frequency" is taking another stab and reminds with its arpeggio lines of the good old Blade Runner soundtrack, only with a shuffled beat underneath, perfectly rounding off Gerber's "Best-of-Styles-and-Influences". In case you meet someone next week who completely missed the last 15 years of club history, just give him this CD and within a few moments, he will get a comprehensive impression of what has musically happened on the best "Four-To-The-Floors" around the world. We bow in awe, and we feel with those who don't understand this album or don't like it at all.