by OFF feat. Sven Väth 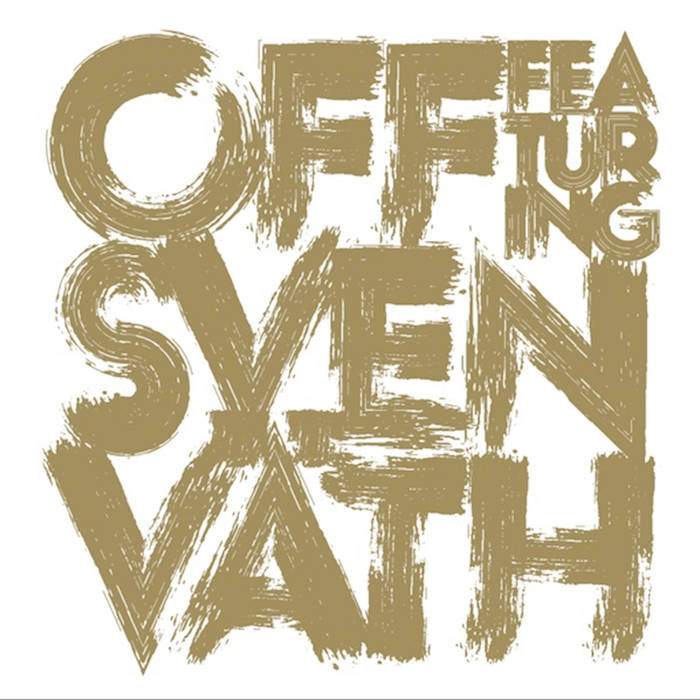 France, Italy, Austria, Germany – quite precisely thirty years ago, one electronic track turned the European music charts upside down: „Electrica Salsa“ by the Frankfurt project OFF – a collective producing their tracks at Master Music Studio. The founders of “Organisation For Fun” were no underdogs: Michael Münzing and Luca Anzilotti would go on as duo SNAP! And write global hits like “The Power” or “Rhythm Is A Dancer”, writing pop history. And the third member of OFF was then 21- year-old Sven Väth, today one the most notorious international DJs. “Michael and Luca were the masters of equipment, responsible for the mixing desk and the recording tape we used to make the master tapes. I was the one providing song ideas, grooves and bringing a good mood to the studio.” In the summer of 1986, House Music was mainly a thing at black Clubs in Chicago. Detroit Techno (and the Berlin scene) was still in the making. “Electrica Salsa” prompted a new feel in pop culture, adopting modern techniques like the use of sound samples driven by a unique beat, creating what would be called Balearic-Fusion. It included everything from digital Underground up to the Love Parade. Frankfurt and the Rhein-Main area experienced an era of departure and pioneering spirit. “There were really great sound systems at clubs and the Dorian Gray at Frankfurt Airport was one of the best in the country. They didn’t have closing hours; people would party on until midday. They came from all over Germany. The area produced a great number of projects: Moskwa TV, Bigod 21,16 Bit, Off, Moses P, Abfahrt, Dance to Trance, Snap, PCP, Earth Nation – to name just a few.“

„Around the turn of the year 1985/86 we were quite productive getting the maximum out of our new studio. All three of us were working as DJs on a regular basis and we got together to elaborate our ideas for new stuff”, Sven Väth remembers. “The predecessor project had been named 16 Bit, it was Michael’s and Luca’s baby. OFF happened quite naturally as we were trying out some things at the studio. We had a concrete 4/4 bass drum playing and the other two were experimenting on the bass. So I went over to the microphone and tried out some word and syllable sounds. Somehow my lips formed “Electrica Salsa” and then “Ba Ba Ba”. It got everything started; ideas just flowed after that. So we added Trumpets and Timbales that I recorded live. I didn’t really know anything about percussion but I loved playing around with rhythms. So I got myself a high-end professional percussion set. The thick “boom” sound on the other hand is a sample from a Mercedes S 500 door being slammed!”

The spontaneous session produced a powerfully anarchic song mastered on a 24-track tape that got all three musicians euphoric. “I was most happy about the great success we had with ‘Electrica Salsa’ in Ibiza and Italy, where we actually made number one,” Väth recollects. “Ibiza was the greatest source of inspiration. We flew down there every year in the eighties; the Island really had a strong influence on us with its eclectic sounds at the times. The Balearic Sound was a mix of Italo Disco, Wave, Funk and African Percussion. We wanted to become part of it – and I still am today! Thirty years on that fire is still glowing and that’s the reason why we released new mixes: They are a gift to my fans that have been accompanying me for such a long time.” The track „Electrica Salsa“ is a cornerstone of Techno history, receiving a 2016 makeover so its successor generation gets something of its own to dance on. “Roman Flügel is a friend and estimated colleague of mine and he created a really smart version of the track. I’m convinced that many people will be surprised by his remix. Henrik Schwarz on the other hand actually invited a brass combo to the studio and recorded them with strings and latin bass which makes a great modern version;” as Väth describes the 2016 studio productions. Väth concludes: „I can only add that I am extremely happy to have been part of this project. It’s a classic, after all!”