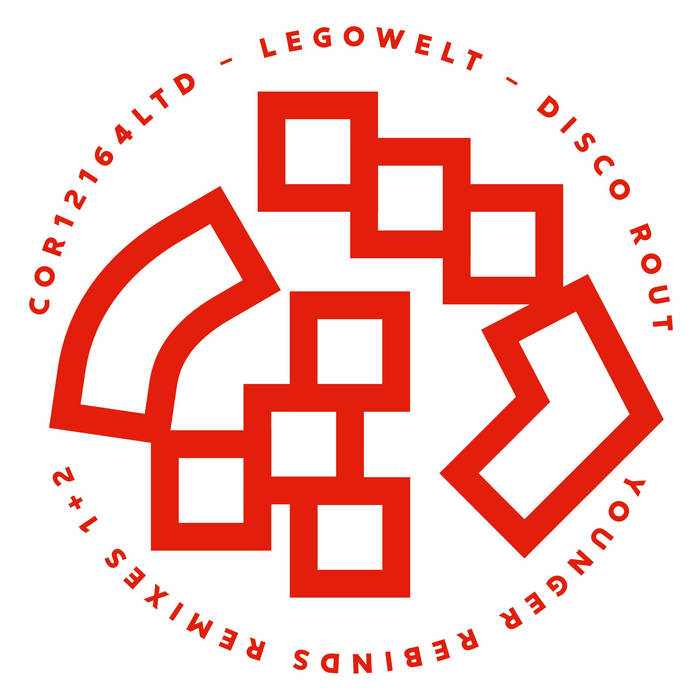 Disco Rout first surfaced in 2002. The electro revival that had ushered in the new millennium was in full swing and this was to prove a seminal tune, being voted track of the year by Groove magazine.
As if to prove a point the bass line still grabs you the moment it drops, while the laser-guided melodies feel as relevant today as they ever did. Now with this limited hand stamped whitelabel Dutch master Benny Rodrigues aka ROD steps up under his new Younger Rebinds alias with even more intensity than demonstrated on last year’s ‘Sound of Benny EP’ on Running Back. Picking apart the original with almost forensic attention to detail, he gives new life to each individual strand in the form of two exhilarating mixes that seem destined to leave their mark on dance floors around the globe for the foreseeable future.
Remix one strips things down to the raw, dirty basics giving the phasing bass riff some real breathing space as the hook line slowly unfurls amid a flurry of filtered ADSR madness to create absolute havoc. A series of peaks and troughs ensue, as Rodriguez effortlessly toys with the crowd, frying the synapses and gorging on serotonin, as the mix motors relentlessly to its conclusion.
Remix two replaces the precision of the first with a more freestyle approach that’s in one hell of a rush to get going. The bass line rips through the mix, hihats scurry toward the cavernous, arpeggiated breakdown and we’re drenched in reverb as the synths dovetail dangerously, paying homage to the hi-octane energy of the original.