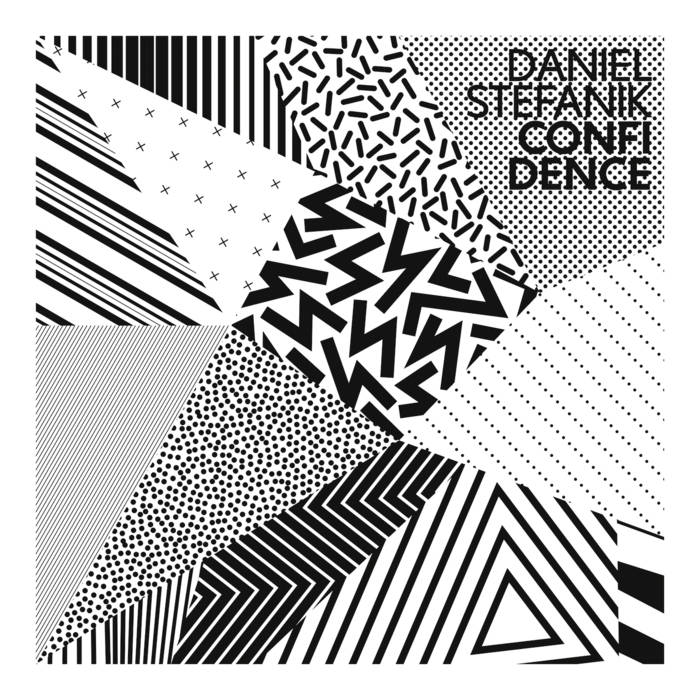 Daniel Stefanik is one of THE Techno and House newcomers of the last years. His carefreeness as a DJ behind the decks and his likeable appearance are literally distinctive for a new generation of young, down-to-earth producers from Germany, which are the result of the influence of Väth, Villalobos and Hawtin on the one side, and solid but hedonistic House on the other. Whereas many producers nowadays have dedicated themselves to only one musical direction, the influence of Kerri Chandler, Chez Damier or Kevin Saunderson is clearly noticeable in Stefanik's music. His longplay debut for Cocoon Recordings is a mirror of all these influences and yet it's so up-to-date and contemporary like only few other Techno and House albums today.
As the name already suggests, "Entrance" is the gate to Stefanik's club world, the door into the night and to the dancefloors of the hedonistic but nevertheless gloomy metropolises of this world. "Entrance" breathes influences from Detroit and Underground Resistance. Not again this pseudo-deep Loop House, or even another definition of Minimal, but a production with depth and substance, however, without cramping or wanting too much. The perfect start of a long, cool night – the sound that opens the gates to another world. "Light On" targets the beat for the first part of the night and follows an almost East German approach, if you like. House music like it's been served by Marvin Dash or Dub Taylor for many years: no hands-up attacks and no overproduced U.S. influences from New York, but slightly raw with an eye for the essentials: the kicking beat and the atmosphere from 1 a.m. on.
"1996" is the next hint of Stefanik's influences and references. Dave Clark and Slam say hello from the background and also the Detroit House scene around Jeff Mills and his early AXIS productions can be recognised here. The kicking 909, the demanding beat and the gloomy-like filters don't sound like Germany at all. And with "Port Of Transition", Stefanik consequently follows the path he took before. Breakbeat elements melt together with Detroit beats and arpeggios into a timeless mix. In a blind test, it is rather impossible to allocate this track to a certain time period. This is a proper universal weapon for all the Techno DJs of this world. "Distillery" is a short break, going back to more feeling and layers of sound, and back to more House beats – the sound that has been characteristic for one of Leipzig's best clubs for many years. House with a bang, so to say, not too happy, not too greasy. The perfect soundtrack to let yourself go into a night that has just begun, to become one with the club and to leave daily life behind you. A very successful homage to East Germany's most important club over the last twenty years!
"Bend The Rules" leads the listener on his journey away from Leipzig and to Berlin, into its long Panoramabar nights and its hypnotic, almost trance-influenced dance marathons, where the slowly rising sun is channelling its way through half-closed shutters and the sweat-soaked, smoky air. "Bend The Rules" is the club and music karma of such nights – condensed into one single sentence. Anything goes, everything is possible and nothing sticks to the common rules.
Of course, being an eyewitness of these nights with the respective music and atmosphere sometimes lets you end up a little out of it and a little dopey – in other words: "Dazed And Confused". The soundtrack for a long walk home, when the club has extracted all your energy... You walk through the Berlin sun and the chilling morning air, yet bathed in sweat – or simply down to the river where the next party is already starting... coming back down... close your eyes without sleeping... DAZED AND CONFUSED!
This is where the transition to eternity is created, to the never ending party, to just carry on. And there's no hedonism needed from the early morning until noon, only the atmosphere is what counts! This very special mood in between the brisk wind, the blazing sun and people that have been seemingly with you for the whole night. "Keep On" puts all this in a nutshell: a beer in your hand and the after hour dancefloor in focus – Stefanik got it exactly! The last track, "Confidence", represents the final chapter of a long and varied night, the soundtrack for Berlin in the year 2012, full of Detroit and House classics, and full of quotes from almost 20 years of House and Techno history. And with pride and confidence, Stefanik can be 100% sure that he succeeded in making this album exactly what he had in mind: capturing the soundtrack of a generation – or better: of a lifestyle. With "Confidence", Stefanik releases us on our way home in a very relaxed mood. By taxi, by train or by foot, this is the self-discovery of a Techno raver heading home, off the party and right into recreation...
The next weekend is bound to come.