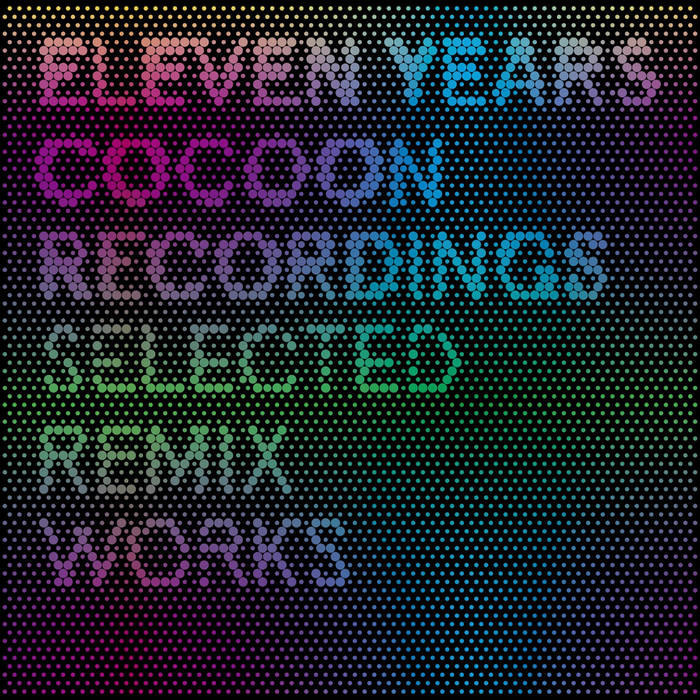 The Eleven is – numerologically speaking– definitely not a lucky number in the Western culture. It exceeds perfection just by one and thus represents the number of excess and sin in Christian mythology; that's why apocalyptic events always start in the eleventh hour. However, those who followed the output of the most successful German label for electronic dance music since 2000 to date are aware of the fact that Cocoon's aim is rather the further development of sound instead of sticking to nostalgia, or portentous "Omen". Against this background, it may be a temporal coincidence but also totally logical that, on the occasion of the eleventh anniversary, this compilation breaks with traditions which people have come to like.

So, the focus of CD 1 does not lie in celebrating only the "best of" tracks, but rather in nine tracks from the past six years which have, without doubt, made some impact on clubs and dancefloors worldwide, but whose stories have not been musically "told" so far. It all begins with Chile-born Alejandra Iglesias aka Dinky, whose "Acid In My Fridge" from the Cocoon Compilation D in 2004 has ultimately taken her into the top league of producers. Lee Curtiss, Ryan Crosson, Seth Troxler and Shaun Reeves – the Michigan collective Visionquest – turns the musical masterpiece into a marvel of fragmented Dub Techno in a Breakbeat disguise, where the 303 takes over the controls again in the end anyway. Subsequently, Toronto's SCI + TEC ambassador Carlo Lio is pumping a maximum of distortion in Dubfire/Huntemann's "Diablo", while Amsterdam's Detroit resident Steve Rachmad brilliantly purges Joel Mull's club hit "Harmonautic String" of 2007, and the Scottish "Consumed" producer Gary Beck unfolds presumably the mightiest bass on this CD. Actually, there are still many things to say about each title on this CD, showing such great coalitions of Guy Gerber and Kollektiv Turmstraße, Roman Flügel and Martin Buttrich, Tim Green and Argy resp. Paul Ritch and 2000 and One, but at least one of the tracks deserves a special mention: That what the Croatian sound wizard Petar Dundov has hauled out of Extrawelt's "Titelheld" can confidently be seen as one of the emotional moments of glory of Techno in the current decade.

On CD 2, Cocoon newcomer Patrick Kunkel even goes one better – after his phenomenal Cocoon digital bonus mix for "The Sound of the 11th Season" – with an almost 80-minutes-mix made from 20 tracks of the label's history. With Roman Flügel's "Geht's Noch", Koletzki's "Mückenschwarm", Timo Maas' "Subtellite", the Dubfire remix of Minilogue's "Jamaica" and last year's consent track "The Secret" by Joris Voorn, the mix makes absolutely clear how deep the marks are that Cocoon has left in the acoustic memory of the club scene. And as if this wasn't enough anyway, there is massive bonus content waiting: Kassey Voorn & Pete McCarthey's version of Guy Gerber's "Timing", which was the winning track of the Cocoon/Beatport remix contest last year, can't be left out, just as two more "Titelheld" versions by Dexter and Patrick Kunkel as well as a "Tropical Melons" remix by Nick Curly. And so, the 11 turns into a mathematical parable of acoustic and rhythmic felicity.